Which of you who has a sheep that falls into a pit on the Sabbath will not take hold of it and lift it out? (Matt 12:11)

An argument is set off when the Pharisees observe Jesus and his followers walking through a field of grain, picking, husking, and eating kernels as they go. This greatly disturbs them, since picking grain is “work” – something that is forbidden on the Sabbath. And they certainly let Jesus know it. So Jesus lectures them (yet again) on the law and their traditions. David and his band, on the run and hungry, asked for, received, and ate the consecrated bread from the tabernacle… which certainly has the appearance of being a “technical violation.” The same could be said about the temple priests’ eating on the Sabbath.

Jesus doesn’t appear to be saying that “there’s an exception to every rule,” as much as suggesting that, if the Scriptures themselves don’t condemn David for what he did, then their own hyper-critical interpretation of the writings don’t accord with the writings they’re allegedly interpreting.

Knowing full well the critical role the temple played in their cultural theology, Jesus announces that “something greater than the temple is here.” Jesus is, in his teaching and actions, both announcing and enacting the breaking-in of the Reign of God – with Himself in the role of the Servant-King.

As in the previous discussion (about what it means to “believe” in Scripture), Jesus assails their grasp of the basic themes of the writings of which they are the alleged masters. “But if you had known what this means, ‘I desire mercy and not sacrifice,’ you would not have condemned the guiltless.” (Ouch!)

He enters a synagogue, and a guy with a disability – “a withered hand,” they called it – is there. Seeing this, the Pharisees, by now quite used to being antagonists, try to entrap him by asking whether it’s “lawful to cure on the Sabbath.” To them, curing probably seems a lot like working, which is strictly forbidden. (It seems that they haven’t yet reflected well on the meaning of “God desiring mercy and not sacrifice.”) So he asks the above question about a sheep – a living thing, certainly, but mainly in its valuation as property. The trajectory of this thinking is obvious when he adds, “How much more valuable is a human being than a sheep!” Bottom line: It’s not against “the law” – any law – to do good… not even on the Sabbath. There’s a bit of a subtle, deeper dig. “You’re concerned that doing good on this day is an issue? And what are YOU doing “on this day” but showing your lack of knowledge, wisdom, and compassion by attacking the one who is bringing wholeness and health to this guy!”

So tells the man to stretch out his (“withered”) hand, which he does, at which point his impairment is no more.

That pretty much pushes the Pharisees over the edge…

What is Jesus trying to draw out with this question? His antagonists are attacking both his actions and his motivations on the grounds of their “privileged” understanding of tradition. But Jesus will have none of it. Stop and think: this so-called “principled attack” of yours isn’t even consistent with your own behavior. If something you really valued was on the line, you’d be “breaking (or at least bending or ignoring) the rules” yourself. You’d do it to save a bit of your property, your goods… you know you would. Deep down, isn’t that – protecting your stuff – the only real operative value you have?

This question echoes in my own ears and heart. How many times do I have (what seems to be) an “instinctive” response… particularly when my “religious convictions” clash with the “good” of someone around me? Jesus doesn’t actually engage my (allegedly) principled response on its merits… Instead, he asks, “If your own house was burning down… If your family was being threatened… If your car was broken down along the expressway…” You’d care about that… and you’d “handle it.” Why? Because you’ve got something invested in it… Funny you don’t seem to have anything invested in this brother of mine (and yours) who seeks to be made whole. 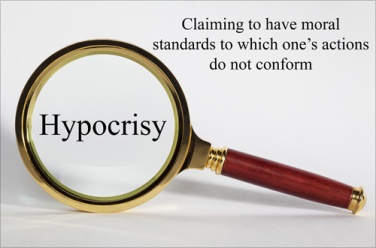 directly at my deepest – and, sadly, most selfish – values. And then doesn’t even ask me to “make my case” again. Not even biblically… He just tells me what HE values… life, wholeness, reconciliation, unity. And, in and through His body, it breaks into world in power.

And that makes at least some people mad enough to want to kill him.

This post is the twelfth in a series, which begins here. It continues here.