True to the global nature of the Roma to the Nations gathering, one of the most informative and transformative talks was given by a Dutch Scholar in Hungary, translated into Mandarin. Anne-Marie Kool, in addition to her academic credentials and output, has a powerful heart and voice that calls loudly to the church to wake up and do the hard work required of us to understand and make common spiritual cause with the Roma peoples.

It’s encouraging to learn along with these Chinese “newcomers” from this level of scholarship and deep engagement in the spiritual and cultural issues that make up the relational fabric tying together church, culture, history and Roma. These lessons are important not only to those who care for the Roma – or even the church in Europe – but to anyone who grasps the historical and theological realities that the church in mission either moves toward the margins, or it withers.

Begin learning to ask questions. The goal is to start a conversation that will help us move toward an understanding of Roma history and culture. If you think you can get all you need from a few books or lectures, you’re simply wrong.

This sort of “relational and interactive” understanding is indispensable is because of how stereotypes dominate our view of Roma history – “constructed images” of the other. These are fantasy images, not based in reality. This is not just an intellectual concern, because images lead to actions. And actions can, over time, display powerful patterns. Point to all of us: We need to recognize and acknowledge attitudes of prejudice and exclusion. 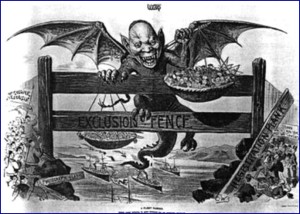 Dr. Kool helps us understand the different “historical lenses” through which we have viewed the Roma (the “gypsies,” the “Gypsy,” the ethnic, the cultural): they are not all equivalent, nor are some as pernicious as others. However, Dr. Kool allows neither this analysis, nor the history with which it interacts, to remain academic. Consider the tragedy, the evil, of the Roma holocaust, the porajmos, and how it was pursued through a racial “lens.” Unwilling to propose a different set of spectacles, German churches played a predominantly negative role in this. 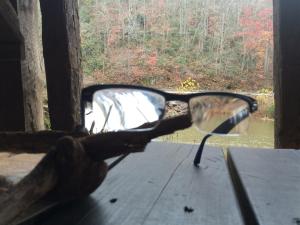 Now, “changing lenses” can seem like an academic exercise. But Dr. Kool steers our reflection back to the practical by the challenge to recover and build upon the resources of the stories of “Roma Church Fathers and Mothers,” who have, thus far, been lost to history. She shared briefly of Jaija Sattler, scholar, Bible translator, missionary, Roma, who died in Auschwitz. An amazing story, thought you will find almost nothing about it in the “official record.”

The emergence, and then explosive growth of faith in Jesus among the surviving Roma has its own marvelous history. The stories of figures like Clement Le Cossec are a treasure to the whole church, not just the Roma and need to be appreciated. This incredible French evangelist trained multitudes of Roma pastors, many of whom were holocaust survivors. Having lost their biological and cultural family ties in the camps, they now found new family in the Pentecostal movement(s).

As we have seen from the pages of the New Testament onward, there is a strong link between pain and suffering and revival. Attending to the stories of the Roma (and seeing their connections to our own) may well connect to our own revival.

We need to develop the art of “double listening” (to the word of God and to the context, culture and history in which we work) and then make the connections. We can do this, first, through the art of listening and asking questions. If you disagree with something someone says, why not start by asking the person to explain why they said what they did, not by telling them where you think they are wrong. (Try practicing that yourself this week… I dare you!)

Secondly, we need to spend lots of time with others in order to understand our own spectacles.

In engaging the Roma – and marginal people in general, it is essential to move from stereotypes to stories. This requires us to sit, to fellowship, to listen.

We need to start multiple conversations about myths and realities. (I hope I have stirred some interest in learning more among you… if so, you might start with this book, available on Kindle, which Dr. Kool highly recommends: “The Roma of Europe” by Larry Beman.

Learning their stories is an important step in developing strategies for reaching people you don’t know. In Europe, this has been largely overlooked from “the fall of the Wall” until recently. That has led to an over-reliance on imported methods which is easily observed. But it also fosters a reliance on imported concepts that can be far trickier to discern. Like the idea that success is something that can be counted. This influences how we see and pursue success.

Revival arises from pain and suffering, not success. Success might be better understood as service and sacrifice than something which can be counted.

True mission always involves an interplay of incarnation and translation. Unfortunately, we as European churches have often done ANTI-mission work among the Roma. Mission is about more than doing and fulfilling a strategy. It’s about being His instrument. It’s more about faithfulness than fruit bearing. 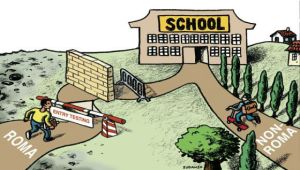 Understanding Roma history and culture is a painstaking process, but it’s part of mission. Mission is more than a strategy to execute; it involves being an ambassador of Christ, walking the way of the Cross. It is more about accepting suffering than gaining success.

If mission is only a matter of strategy, it will lead us into competition and rivalry. Seeing our mission as participation in God’s mission leads to new awareness, new partnerships, going deeper into the mind of Christ.

We can displace myths and stereotypes with stories. These stories need to be shared with the majority.

We must confront the role of European churches in the past (and present!) Confession needs to take place.

God is moving among Roma, at the periphery of Europe, while churches at the “center” wither. It’s  great opportunity to relearn mission.