Peter Kuzmic, speaking in Budapest this fall at the “Roma to the Nations” consultation, commented, regarding the history of Europe and the Roma people, that “Europe was never truly evangelized… it was Christianized.” I think that’s an interesting and illuminating comment to set beside the prevailing narrative of “post-Christian Europe,” currently popular among mission workers and secularists alike.

Some people who are committed to Christian mission, look at “post-Christian” places like Europe and dream about, somehow, “re-Christianizing” it. However conceived, this clearly involves wanting to go back to “recover” something. But what, precisely? “Market share”? Social control? Social capital? The ability to impose our will on society? Recovery of a privileged voice? Our location in the center of the town square?

Why do we crave such things, why is the loss of them so painful for us? And, frankly, what do any of these things have to do with the mission of the church?

Some envision the spiritual revival of Europe as being linked to some sort of “restoration” of “Christianity’s” place in the center. However, as Andrew Walls reminds us, the spread of Christianity has not been a “march of progress” over time, but has involved a series of “movements forward and backward, of advancement and recession.” It has always involved a withering at the center and a flourishing at the margins. 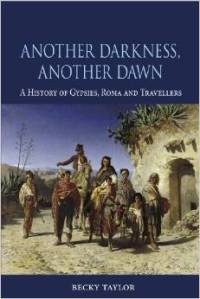 I’ve been reading Another Darkness, Another Dawn, a fascinating history of the relations between “Gypsies, Roma and Travellers” and the “mainstream” social, political and cultural actors in Europe over the past five centuries. Becky Taylor describes the “great round-up” of Gypsies in Spain in 1749, which was intended to “eliminate Gypsies completely as a separate group” – not just purging certain “antisocial elements,” but having them “disappear,” an effort which Taylor describes as “genocidal in intention if not in outcome.” Here’s what really struck me:

“When discussing the different options for removing the problem of Gypsies from society, the opinion of Ferdinand VI’s Jesuit confessor was sought. He replied:

The means proposed by the governor of the council to root our this bad race, which is hateful to God and pernicious to man, seem good to me, The king will be making a great gift to God, Our Lord, if he manages to get rid of these people.” (p. 106, emphasis mine)

Is THIS what we want to move back to? No way! We renounce such ways of thinking as, frankly, sub-Christian. If this is what Christendom accomplishes, what it stands for, then we want no part of it. 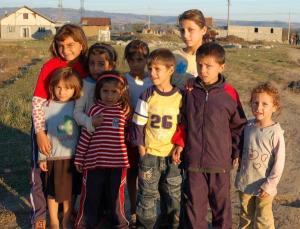 We worship a God whose image inheres in every human being, European or Roma, white or black, gay or straight, rich or poor, athlete and paralytic, pretty and ugly. We proclaim a Gospel that God’s love reaches each and every member of the human family, challenging each of us to repent not of the sins of others, but our own, that calls us to join God in proclaiming news that truly is good to those who receive it.

Thus, insofar as we evangelicals can be seen as a reactionary, nostalgic or restorationist movement, we are failing. Our best days lie before us – if we truly open ourselves to the movement of the Holy Spirit which cannot be managed or controlled, but Who seeks to glorify Jesus, if we reflect the heart of Jesus who challenged the self-confident “center” of his day, refusing establish a counter-empire to displace Rome from the position of power and authority, instead initiating a life-changing and life-giving movement which flourished not in the center, but at the margins of the empire… which soon became the new “creative core” of mission expansion that continues to this day.

God continues to be active, continues to move forward in His mission to bring blessing to the nations, and while we may experience fatigue, frustration, depression, even death at the center, we see energy, creativity and life, which only comes from God, powerfully at work at the margins.

In the Letter to the Hebrews, we read: “Let us then go to him outside the camp and bear the abuse he endured.” Let us go to him to the margins, let us find common cause with the Roma, the disabled, the commodified, the marginalized the ignored, the invisible… let us find our voice in their voice, let us see their challenges, their shame, their future as our own. And let us expect to be refreshed not by the smells of mothballs in the closet in which our old church clothes now hang, but in the fresh wind of the Spirit.

Watch and listen. And be ready to move.