I can sit on thoughts for too long, thinking they’ll distill themselves and take shape on their own. But, with topics of diversity, history, heritage, unity and disunity being so significant, I’m just going to let this fly… It’s Bible Story Time! 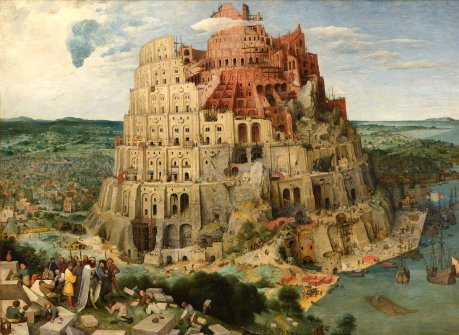 Remember the “Tower of Babel” (Genesis 11)? I’d often taken the “moral of the story” to be that the world’s diversity of languages (and, thus, cultures) was basically divine punishment, God’s answer to (and check upon) the danger of “human pride.”

Given our spotty record of constructively handling cultural diversity, it does seem more like a “curse” than a blessing. “You come together and this is what you do?” we picture God thinking. “Well, I’ll teach you a thing or two… I’ll scatter you to the four winds so that you never try anything like that ever again!”

The years of my forties spent learning Russian, made dealing with the diversity of languages feel far more like laboring under a curse than experiencing a blessing.

But I’ve found this story “re-booted” after noticing a couple things:

First, the “larger narrative”: What comes first? Creator God gives humanity the “Creation Mandate”: “be fruitful and multiply,” “fill the earth.” This only happens when human beings are “scattered” across the map.

But, these Babylonians explicitly did not want to “be scattered.” They wanted to be at the center, and draw everyone and everything in around themselves, their greatness. This is in direct opposition to this “Creation mandate.”

Secondly, what comes before chapter 11? Chapter 10. The “Table of Nations.” You might envision everyone on the planet speaking the same language… then, “Zap!” that miraculously changes. The narrative certainly does include an extraordinary “confusion of tongues” – at least among those involved in this project. But in the chapter before this, we read that Noah’s descendants “scattered,” and that expanding linguistic and cultural diversity was part of this dynamic (10:5,20,31 – “…spread out into their territories with their own language, by their families, in their nations”). Even in their “genetic unity,” (and, more importantly, their unity in all being God’s image-bearers) there is diversity. Humanity is designed to multiply and diversify.

Genesis 11 begins “the whole earth had one language and the same words.” The term for “earth” in Hebrew (“’aretz”) can mean land or region as well as earth. (It’s obviously some sort of figure of speech since the “earth” itself wasn’t speaking any language.) In context, I read that “all the (people of) the ‘land’” – i.e., the area “to the East” into which these people migrated – spoke the same language – despite the linguistic diversity we just read about. They wanted to undo the good plans of the Eternal by laying the foundations for what today we’d call an “Empire.”

The book of Daniel recounts that, later, these folks’ descendants – the Babylonians – constructed a new empire that imposed itself by subjects “learning their language and literature” (Dan. 1:4). Cultural imperialism is no recent invention – it’s a dynamic that has been repeated countless times up to our present day.

Unity in diversity is part of God’s plan for the world… but our world is clearly not proceeding consistent with that plan.

Let’s re-boot this story, reading Genesis 11 in light of Genesis 10’s diversity. The mood at beginning of the Babel story is idyllic. Unity seems to prevail. They’re constructing not destructing, building up not tearing down. However, things are not what they seem. What’s the problem? The unity we see in 11:1 is not natural but imposed.

The human world of Genesis 10 includes a wide range of nations, cultures and languages. Genesis 11 depicts an imperial power installing its language, its culture as the “center.” This directly contravenes God’s desire that humans respect the integrity of each nation and each individual. The linguistic diversity of Genesis 10 is actually a blessing, because it resists Empire. When God confuses the languages, it’s a work of restoration – bringing back a prior state of affairs more in line with God’s plan.

“Babel” is what happens when people attempt to impose a universal order – forcing others to become them. When a single culture is imposed, suppressing the diversity of languages and traditions, it’s an assault on our God-given differences. Different ethnic identities are not a result of judgment on sin, but a work of God’s wise providence (Deu. 32:8; Acts 17:26). 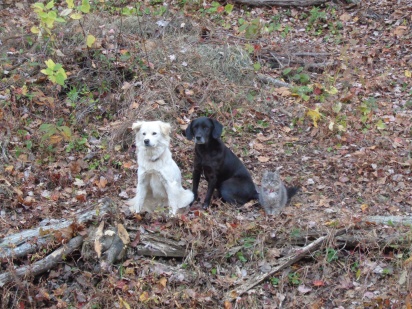 The problem here is humanity uniting against God in an attempt to “stop the scattering” that is part of God’s plan for “filling the earth.” So God confounds and confuses, dividing humanity, thwarting imperialistic plans.

It’s important to note that this does NOT reference “race” – a construct based on skin color and genetics. It’s about ethnicity and diversity versus imposed uniformity. The evil lies not in “mixing the races,” but in setting up one cultural perspective as definitive, superior. We are supposed to find a deeper unity not by imposing a unified “culture,” but by making room for diverse cultures and languages to interact freely.

This sets the context for what comes next. In chapter 11, the imperial city wants to “make a name for ourselves, otherwise we shall be scattered.” In chapter 12, God comes to Abram saying, “I will make your name great” (and, in so doing, will make you a blessing to EVERY NATION of the world.” Paul describes that very statement as “the Gospel in advance” (Gal. 3:8)

Consider Pentecost in the light of Gen 11. The outpouring of the divine Spirit on humanity vindicates the wisdom of what God did at Babel; each person – in their unique ethnic diversity – hears one message and partakes of one life-giving Spirit – but each in their own language and cultural framework. Affirming “one Lord, one faith, one baptism” can never be grounds for cultural imperialism. The “one body” into which we are “baptized by one Spirit” has a kaleidoscopic range of members, each of which are valued. That Spirit is the unifying power amidst harmonious diversity through which God intends to bless the whole planet.