I’ve been thinking a lot about trust lately. As we engage people at the margins, it’s striking how often trust is at the heart of the dynamic: Don’t trust the Gypsies – hide your wallet. Don’t trust the white man, he’s out to rip you off. Don’t trust the American, he’s a spy. Don’t trust the Muslim, he could turn radical. Don’t trust that Christian, he’s just out to convert you. Don’t trust that disabled person, he’ll just want even more special treatment. We who are closer to the “center” (in terms of power, privilege, influence) tend not to trust those at the margins. And those on the margins trust us even less. If we don’t learn to build trust, we will never have the relational framework for the things we dream about. 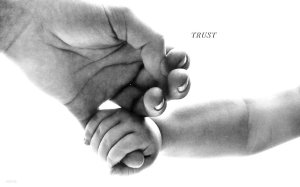 We can’t build communities of faith, plant churches, foster community transformation without developing and nurturing trust. We have seen networks of gifted leaders among the marginalized in Europe, stepping up to use their gifts. But one of the biggest barriers seems to be the lack of an environment of trust. Thus, one leader will not come forward to suggest a project for funding, out of fear that another might take the idea and get the funding instead. Many issues that sound like questions of power (“I’m not going to be part of this network unless my people are in the driver’s seat.”) are often more about trust. The underlying assumption is that I can trust “my” people… those others, we’re not so sure

Trust, like water, is something that is part of everyday life, but can almost go unnoticed… until it’s missing.

As we arrived at our hotel in Cyprus, it was made clear to us (multiple times from multiple staff persons in multiple ways) that we should not drink the water. Most certainly, they were thinking that we, being Americans, would likely assume that the water was, in fact, drinkable – and thus be inclined to make the mistake of ingesting it.

Having lived in Ukraine for years has a different effect on one. Often, even in places where it is not an issue, I, through force of habit as much as anything, ask whether the water is, in fact, safe to drink. I’ve done this even though, on more than one occasion, it was clear that the very asking of such a question is interpreted as in some way being ignorant or insensitive. Had the Cypriot hotel staff not said a WORD about the tap water, there would have been no way in the world I’d ever dare to even sip it…

In America, we have learned to trust whatever mechanism it is that is behind our tap that is responsible for supplying water, a necessary element of everyday life. Despite the fact that few if any of us could explain the mechanisms involved even if our lives depended on it.

In Ukraine, however, we learned to distrust that which was behind the kitchen tap. In essence, living in Ukraine for a long time leads to the development of a ‘default assumption’ that tap water is not something that one considers as safe to drink.

The response of the hotel was to offer our group bottled water – a fairly common practice in many of the places we’ve traveled. This time, though, it was offered as “an amenity” – we didn’t even have to pay for it. Maybe because the tap water was SO not safe to drink… or maybe because they thought we’d be impressed by their sensitivity.

Having been given an allotment of plastic bottles, I stepped over to our group, which was coalescing in an atrium area. “Who wants one?” I asked. “The staff says don’t drink-a da water.” Of course, everyone responded in the affirmative and readily accepted a bottle of sustenance.

It struck me that all three processes – those behind the water from US and Ukrainian taps and from inside these plastic bottles – were equally opaque to us. For all anyone knew or could prove, these plastic bottles were filled with water from the Cypriot tap. It certainly looked and smelled the same. I mentioned to my colleagues that they might want to exercise caution since there was no way of knowing that these bottles hadn’t been filled with undrinkable tap water. After all, we don’t know these people from anyone. Can we really trust them?

However, no one was moved to steps of verification… They trusted the label on the plastic bottle, even though there was absolutely no visible physical difference between the liquid in the plastic bottle and that which came our of the tap. And they trusted the hotel staff, whom they had never met, to not be the sort of people that would tamper with another’s drinking water.

So what does this show us about trust and how we exercise it, to whom or to what it is extended?