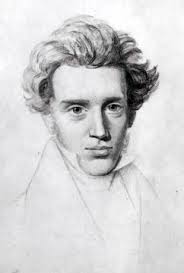 Despite the fact that Kierkegaard thought that “Truth is Subjectivity” there are some good things to be said for objectivity. But what often passes today for objectivity can be anything but. Here is a bad recipe for being objective:

1) Identify the different positions or perspectives involved. 2) Hear them all equally and balance each voice with its opposite. 3) Having heard “both sides” draw a simple conclusion as quickly as possible and put a neat bow on the top. This seems to be the approach I’ve seen in many attempts to “objectively” cover recent events in Ukraine.

The protesters say “X” about the government? Well, what does the government say about that? And how do the people on Maidan respond to what the government says? Got both sides? Great. Roll it all together and you’ve got a nice “objective” story, one that reflects a “balanced” view. Protesters make demands; government responds with certain actions and says they’ve addressed them. So what do these people really want, anyways?

However, what is the proper way to “objectively” report a 50-ish academic from Lviv being abducted while seeking medical attention and found the next day frozen to death in a forest, his body bearing marks of torture? A protest leader emerges eight days after going missing. He tells a horrific tale of non-stop abuse, being “crucified” by being nailed to a door, beaten all over his body. He says it’s because of his protest activities. The police are mad that he called his friends first, instead of the cops. And the top cop says, “It’s just a scratch.” Both sides presented. Nice and neat. However, often the “objectivity” that we seek to protect is something we ourselves bring to our perception, our story-telling. Not all sides of every dispute are equal, or equally worthy of consideration. How to tell the difference? That’s where one needs the ability to get outside one’s initial bias and inside the reality of what is going on. And being willing to learn. That’s what journalism is at its best… and may be why journalists feel under such attack these days in Ukraine.

Here’s a concrete example: The Ukraine government announces that, in response to the demands of the people protesting they have “made concessions” – which do not appear to satisfy Maidan. These radicals only want “more concessions”! How unreasonable. However, let’s consider how these “concessions” appear to the brothers and sisters with whom we have grown up in Kyiv.

“Concession” #1: The Prime Minister, a long-time backer of the President, steps down. Maidan didn’t like him or trust him. The reality: The government has 60 days to nominate a successor. That means 60 days without having to respond to calls for changes in the government. 60 days to stall. 60 days to formulate a decisive, and possibly brutal, response. And, of course, the next person appointed may well be just as unacceptable, and (under the current set-up) could be removed without cause by the President, which would put things back at Square One. So most people see this not as a concession, but merely “buying time.”

“Concession” #2: The government rescinds laws criminalizing protests. Most Ukrainians are amazed that anyone would see this as a concession… The laws passed by the Rada (under highly questionable legislative circumstances) turned literally hundreds of thousands of people instantly from “peaceful protesters” exercising their rights into criminals facing 15 years in the pen for what they’d been doing for months. Repealing such laws is not felt to be a concession, any more than it is a concession for a man who has broken into your house to tell you he will stop stealing.

“Concession” #3: The government passes legislation giving “amnesty” to non-violent protesters. I must admit that this sounded pretty good to me when I first heard the words. However, on arriving back at our apartment the evening after these laws were passed, my good friends were in a dismal mood. Amnesty, they explained, is offered to persons who are guilty. Many people in custody (or missing and hoped to be in custody) do not appear to have done anything wrong, or may have simply been “in violation” of the anti-protest laws recently repealed. The problem is that there are conditions to this “amnesty”: This “forgiveness” would take place after the protesters vacate buildings which they are occupying. Whatever one thinks of the occupation of buildings in general (or these ones in particular, which I have visited and about which I will write in an upcoming post), this is basically seen as “hostage taking” during negotiations… not a sign of good faith. While the protesters remain on Maidan, there is no amnesty – those in custody will remain in custody. But if you all go home, we will set free the people taken in due to suspected violations of laws which are no longer in force… you can trust us. Oh, and you have 15 days to do so… or else…

Thus, many see this “concession” as, once again, buying time. It doesn’t take a conspiracy theorist to note that the “15 days” expire just as the Olympic Games in Sochi are drawing to a close. Of course there is still hope – and we are all praying that these machinations will not draw the country to where many fear they will… but my point is that striving for “objectivity” and “even-handedness” may be short-sighted if it is not informed by perspectives on the ground… particularly from those with whom one has had long and spiritually significant relationships in life-situations to which one doesn’t have direct access.

But it is interesting that, when I met with a respected and influential evangelical leader the morning after the amnesty law was passed, he told me that this vote made it extremely unlikely that this “movie” the world was watching in Ukraine would have a “happy end.” (More about that in the next post.) Hearing the pain in his heart as he wrestled with what it all meant, I knew that I had a higher calling than objectivity in this moment. There is a time when knowing the truth involves, as Kierkegaard affirmed, subjectivity – choosing to embrace those in their suffering, not seeking to identify “who is to blame” (the question objectivity asks), but instead to “rejoice with those who rejoice and weep with those who weep.”

This requires spiritual discernment, since there may be objective reasons why people are weeping. But, at least in some cases, that’s not given to us to know… and trying to encapsulate everything in a neat spiritualized package consistent with expectations of “objectivity” may not be a fulfillment of our true calling.