It had been a long trip home, but we were almost there. As we crossed the creek and headed toward the Mill, a couple deer crossed the road, timid sentries along the outskirts of our little place in the woods. Our three dogs noisily acknowledged our arrival, having been patrolling the area in our absence. It felt wonderful to breathe air above the freezing point. I sat on the porch staring at the dam, looking at the wall of white water marking off our place of quiet and safety from the rest of the world. 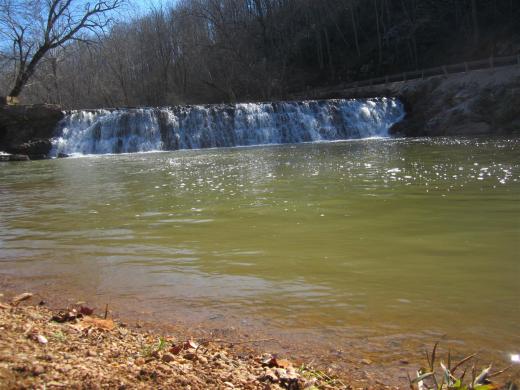 I had just returned from Kyiv, where I was blessed to spend time with many friends as well as to get some time “on Maidan,” the area in the center of the city which is under the control of anti-government protestors. I had stood on the frozen pavement of 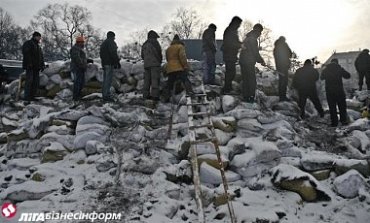 Kreshchatyk, Kyiv’s central avenue, and looked up at what was, in essence, a different wall of water, ice and snow that had been piled into sandbags, packed together into barricades and frosted over with liberal coatings of water which had frozen to make an impressive defensive structure. The street was patrolled by a motley collection of people who were attempting to see to the safety of those there. Around the perimeter were not docile deer, but lines of Berkut riot police with shields and helmets and the young troops of the V.V., the national guard call-ups who seemed to be singularly unenthusiastic about participating (and with whom, it was said on Maidan, few had any quarrel or reason to fight).

How far apart these places, both so dear to my heart and soul, are – yet how deep the connections. I will be commenting upon my recent visit to Kyiv: what I saw and heard, and what I think it means, in the next few days… you are welcome to join me as we seek to pull together what events there have to do with life here… and vice versa.

Our connections to Ukraine run deep. We have lived there (or at least been based or focused there) since the mid-90s. Along the great spectrum of potential approaches to cross-cultural living, we have definitely situated ourselves at one end of it: We have (sometimes intentionally, sometimes in spite of ourselves) deeply identified with Ukrainian culture, the people, the “narod.” I even took up the “national instrument”: Я бандуристом став.

So we often keep tabs on events and people there. Our attention was definitely first grabbed by the political realities… which we take very seriously. There was a lot of concern back in November about the President pulling out of a long-promised, long-awaited deal with the EU. It wasn’t as much the European “Union” that caught our friends in Kyiv, it was the promise of European “standards.” That was what was really needed, and what they felt was being discarded, particularly as the economic compass began listing toward the Kremlin. Again, I have never felt any deep “anti-Russian” sentiment, at least relating to the nation or its people. But exchanging a path which promised to bring corruption under at least a measure of control with one which seemed to reinforce all the unsavory aspects of the current regime… that was just too much to handle.

We were thinking of joining those who were sending pictures from around the world of their own “EuroMaidans.” We had the entire population of Stonewall Mills lined up and were ready to take some pictures… – if only we could have found an EU flag.

We share the Ukrainian people’s desire for freedom, for dignity… but were appalled when we saw the raw violence displayed on Bankova, followed days later by vicious attempts to “cleanse” Maidan, just as it seemed that things might be winding down on their own.

We were enthralled by multiple accounts of how people felt God really was active, answering prayers, that something moved in “the heavenlies” along with the ringing of the cathedral bells. It opened our eyes to the possibility that there was something deeper happening beneath the surface. This was not just some bad people, or a bad government or bad political parties doing what they always do. This was not just nice and decent people asking nicely and decently for their good desires to be fulfilled.

Could it be that we were actually seeing, before our “eyes” via the internet a battle “not against flesh and blood”? We heard of openness of the people on Maidan from those who were serving, sharing, bearing witness. God’s people, it seemed, were coming together. We had to find out more.

I am pleased to report that God is indeed on the move in, among and through his people. I was happy to be of some encouragement to the saints through presence and prayer, and was privileged to listen to what they felt God was showing them, telling them. They are bearing witness to the truth, justice, and grace found only in Jesus and finding many open hearts. They are pouring themselves out on behalf of their nation, and it’s a beautiful thing to see.